Three key factors are driving major players in the shipping and energy sectors to look carefully at options for nuclear propulsion of large ocean-going vessels, these include the drive to net zero, cost and risks around security.

Firstly looking at the drive to net zero, whilst shipping is excluded from the 2015 Paris Agreement, last year’s Cop 26 in Glasgow clearly demonstrated how it will move increasingly to the centre of the action. Twenty-five Governments, including the USA, Japan and UK, have now signed the Clydebank Agreement, which aims to establish zero-emission corridors for shipping. The Clydebank Agreement is far from universal, or from creating a copper-bottomed requirement that only zero-emission ships can trade between signatory countries. But it does signal a clear direction of travel, which the International Maritime Organisation is already running with, which will only be accelerated by the other two factors driving development, related to energy.

Second, the cost of maritime fuel – ‘bunker’ – which by some measures has increased by nearly 60% since the start of the year.

Third, and a key driver of the price rises, is the risks around the security of supply caused by the military action in Ukraine and wider international problems.

However, these factors are not unique to shipping and are driving many sectors to carefully consider the merits of a new generation of nuclear power. Objectively, it makes a lot of sense – whilst there is a disposal issue, nuclear provides extremely low emissions; to a large extent removes the need for ongoing fuel costs; and limits reliance on potentially unstable maritime fuel supplies.

We know that there is an appetite for this kind of technology and that there are a huge number of expert companies working on possible solutions, but there are still barriers and ones which need Government action. Governments across the globe need to work on four main strands: supporting the technology development, supporting installation costs, supporting the portside infrastructure needs and delivering the right regulatory framework.

If they can achieve these, then the prize will be massive in terms of net-zero and wider environmental and energy security implications and, at a national level, becoming a true global scientific and exporting superpower. 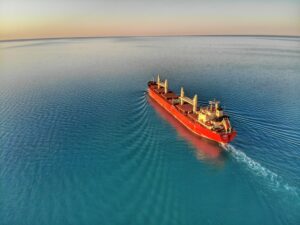