As Boris Johnson forms his new Cabinet, it’s all change at the Ministry of Housing, Communities and Local Government (and indeed everywhere else!). James Brokenshire makes a return to the backbenches having served as Secretary of State since April 2018, and is replaced by Robert Jenrick, the first millennial to enter the Cabinet.

Kit Malthouse moves to be Minister for Policing, echoing the role he held as Deputy Mayor for Policing under Boris Johnson when he was Mayor of London. Esther McVey, the Liverpudlian former TV presenter and MP for Tatton becomes the ninth housing minister in nine years.

You can read more about the new faces below:

Secretary of State for Housing, Communities and Local Government 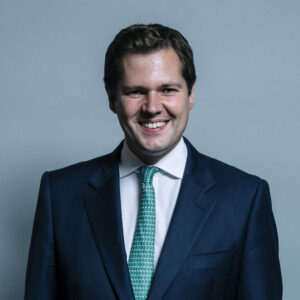 A lawyer and a businessman, with no previous experience in elected politics, Robert Jenrick won the June 2014 by-election for Newark following the resignation of former Conservative MP Patrick Mercer. He rose quickly through the ranks, first as a PPS, and most recently as Exchequer Secretary to the Treasury, before becoming Secretary of State for Housing, Communities and Local Government in July 2019.

As a former remainer, he was one of 188 Conservative MPs who voted against the government to oppose extending Article 50 and supported Boris Johnson in the 2019 leadership election. Johnson rewarded him by promoting him to the position of Secretary of State for Housing, Communities and Local Government.

Mr Jenrick has previously spoken out about stamp duty, saying that “the Government’s objectives when considering it and its impact on residential property purchases have been above all to support first-time buyers, and to sustain the tax base.” He has also suggested that the tax should be as simple as possible, if not reduced, to ensure that the UK remains a country where one has an opportunity gain new and improved housing without difficulty.

Mr Jenrick has also previously spoken out on ensuring the government increases the supply of new homes across the country, particularly focussed on first time buyers. He has suggested that the housing market requires supply-side reforms as well as tax changes. In his constituency, Mr Jenrick has highlighted the importance of infrastructure to go alongside development, including the potential A46 Newark bypass. 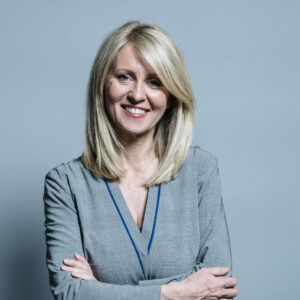 A former GMTV presenter, Ms McVey has been MP for Tatton since 2017 having previously spent 5 years between 2010 and 2015 representing the constituency Wirral West near her home of Liverpool.

In her position as the Secretary of State for Work and Pensions, Ms McVey was involved with work on Housing Benefits, housing mobility and availability of housing for younger people. After entering the 2019 leadership contest herself to pursue a ‘no deal Brexit’, she was knocked out in the first  round of voting, and immediately backed Boris for leader. Ms McVey is the ninth Housing Minister in nine years, with her predecessor Kit Malthouse only obtaining the position in July 2018.