More Power to the Regions 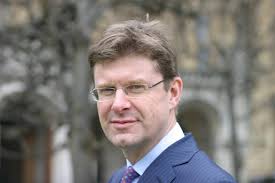 One of the biggest surprises during this week’s reshuffle was the Government’s decision to replace Eric Pickles with one of his former ministers. Former Cities and Universities Minister, Greg Clark, has been appointed as Community and Local Government Secretary and will now be in charge of the highly influential DCLG. Mr Clark is an advocate of decentralisation, power to cities and directly elected Mayors.

This appointment showcases the most likely direction of travel that this Government is going to take towards further devolution to the regions. Clark is also seen as a close ally of the Chancellor, during the last Parliament he was heavily involved in Osborne’s vision of a Northern Powerhouse.

Greg Clark is the Conservative MP for Tunbridge Wells and was first elected in 2005. During his youth he was a member of the Social Democratic Party, which became the Lib Dems, and is considered to sit on the left side of the Conservative Party. He has a strong understanding of Local Government and had a number of high profile roles during the last Parliament, where he served as Decentralisation Minister, Cities Minister and supported George Osborne as Financial Secretary to the Treasury.

There were also changes to the Ministerial team at DCLG.  Stockton South MP, James Wharton, will be joining the team at DCLG and will have specific responsibility for the Northern Powerhouse. He will be leading the effort to boost the economy of the North; he is fairly well positioned being one of the few Conservative MPs based in the North East and witnessed a surprising increase of over 4,000 in his majority on Thursday. Former Minister for Armed Forces, Mark Francois, also joins the team. The Rayleigh and Wickford MP responsibilities will include the Ebbsfleet development and policies on travellers. On Monday it did appear that Mr Francois had been appointed as Housing Minister and Planning Minister but a day later it was announced that there had been a change of heart at Number 10 and that Brandon Lewis, Housing and Planning Minister during the last Parliament, would retain his post at DCLG despite appearing to have been replaced. The remainder of Mark Francois’s portfolio will be announced in the next few days.

The final appointment at DCLG is Nuneaton MP, Marcus Jones, who will join as Minister for Local Government.  Mr Jones became one of the key faces of election night on Thursday as his seat was a key target for Labour and when it was announced that it had been held by the Conservatives there was growing enthusiasm about the fact that the Conservatives could be in for an exceptional evening. He has a strong understanding of Local Government as he has previously served as a Councillor in Whitestone on the Nuneaton from 2005 until 2009. He was also Conservative Group leader from 2006 until 2009 when he stood down to focus his attention on his political ambitions.

These appointments clearly demonstrate that DCLG has a team that will push for more accountability and powers being given to the regions. A key policy area for DCLG will continue to be the provision of homes and access to the property market. The Conservative Party outlined ambitious plans in their manifesto which will be expected to be delivered. These include the extension of Right to Buy to over 1 million housing association homes in England, 200,000 homes to be built for first time buyers in the next 5 years, the launch of a Help to Buy ISA and finally the creation of a £1 billion brownfield regeneration fund that will be used to unlock sites for 400,000 new homes…Let’s hope administering housing policy won’t be quite as confusing as appointing the Housing Minister! 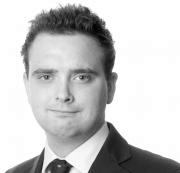