As a network agency Managing Director, he has provided strategic C-suite counsel to a wide range of governmental, corporate and personal clients, with his particular specialisms in media relations, public affairs, international reputation and crisis management, stakeholder engagement and media training.

Prior to his move into public relations, as a senior civil servant, he was Director of the Government’s Media Monitoring Unit, based within the Cabinet Office, leading a 30-strong team of Information Officers advising No 10 Downing Street and all of the major Departments of State on how best to respond to the 24/7 news agenda. He was seconded to the Foreign Office in 2007 to assist the McCann family with media handling following the disappearance of their daughter Madeleine in Portugal.

Previously, as a senior journalist, he was an on-air BBC News Correspondent, Royal Correspondent, Political Correspondent and Presenter during a 20-year career with the Corporation, and prior to that a UK national and local newspaper correspondent, including his first reporting role on the Hendon & Finchley Times where he covered his local MP Margaret Thatcher. 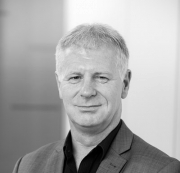