Nick is an experienced employee engagement, internal communication and change professional.  He has worked for over 25 years in this field and was, most recently, communications director at accountancy and business advisory firm, BDO.

Here his responsibilities covered the full range of reputation management activity including internal communication and brand engagement, media relations and public affairs.  As a member of both the deal team and the integration team, he managed all communications around the merger with PKF that completed in 2013.  In addition he built an award winning in-house team.  During his four-year tenure, full engagement scores rose from 39% to an all-time high of 57%.

Prior to joining BDO Nick spent 13 years at corporate communications consultancy Fishburn Hedges where, as a board director, he set-up, led and built the employee engagement and change practice.  During this time he worked on a range of high profile assignments in both the public, private and professional service sectors.

In addition, he had stints in-house with Boots, as their first head of employee communications, and subsequently with Lloyds TSB performing a similar role during the merger of the two banks where cultural issues were to the fore.

During 2014 and 2015 he was a member of two Cabinet Office review teams which assessed the effectiveness of government department communication, in this case the Food Standards Agency and the Rural Payments Agency (as a part of Defra).

Nick is comfortable working across functions and is a member of both the CIPR and the CIM and is a fellow of the RSA.   He is strong believer in the power of communications to effect change as well as the need to ensure both strategy and implementation are wholly aligned to business priorities. 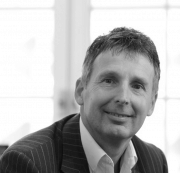