Paul is an expert in campaign strategic planning and execution based on message research and data analysis and has more than 13 years of UK experience in working with Trade Unions, the Labour Party and not for profit organisations.

Paul moved to London in 2002 from Australia to establish Social Change Online’s London office where he worked on digital projects for Trade Unions including Unison and Usdaw. Paul’s work with Usdaw won a TUC Communications award in 2004 and Social Change Online extended its range of clients to Europe to include not for profits and the European Commission.

In 2009 he joined the Labour Party’s Election Strategy Unit where he was responsible for developing  volunteer based campaigns in 25 key marginal seats. At the 2010 general election he managed the Labour Party’s National Volunteer unit which processed and directed 9000 new members and volunteers to Labour’s key seats.

After the 2010 election, Paul joined Ed Miliband’s leadership campaign where he co-ordinated the Trade Union section of the campaign which provided Ed Miliband with his winning margin.

Paul then worked extensively with campaign consultants EMC on their UK projects which included extensive qualitative and quantitative polling of the British electorate for Union Together and recommending the global communications strategy for UNPRI.

Paul is a Councillor on Islington Council, serving as the Deputy Leader of the Labour Group since 2006. When he was Executive member for the Environment, Paul led changes to Islington Council’s licensing and parking policy, initiated the Bunhill Energy centre and made Islington the first London Council to allow BBQ’s in all of its parks.

Paul provides sought after counsel on winning elections for individual Labour politicians at all levels and most recently was employed as Senior Consultant to provide strategy advice on Sadiq Khan’s Mayoral Primary campaign. 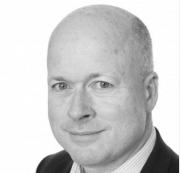