West of England Elections: what could happen on 2021’s ‘Super Thursday’

Mass UK elections during a global pandemic.  A Prime Minister fully recovered from the infection which has killed tens of thousands and who leads the Government to a strong performance at the ballot box. Labour only slightly increasing the number of seats it holds across the country.

A summary of the election results for ‘Super’ Thursday 6 May 2021? No – the election was 1918. Spanish Flu was the pandemic, David Lloyd George the PM and the Labour Party were only just starting to gain traction with the electorate. But the 1918 pandemic was subject to a media blackout and did not have much impact on the election.

A century on, this pandemic is having a fundamental impact on voting behaviour. Professor Paul Whiteley, of the University of Essex, conducted recent research on local election impacts and suggested: “People are focusing on the national issue – the Covid-19 pandemic – and not so much on their local authorities. Local issues will be pushed into the background.”

But what other key factors are going to shape the outcome of the West of England’s four elections?

The result of the West of England Combined Authority (WECA) Mayor election is likely to hinge on the turnout in Bristol City Council’s (BCC) Mayoral/ Local councillor elections. Last time, the BCC 2016 turnout was approaching 45%.

In 2017, only the WECA election took place. Overall turnout was 29.7%. In Bristol, the figure was 31%. In 2021, the Bristol WECA turnout could accelerate because of the postponed local elections taking place on the same day.

Should any turnout differential emerge between Labour-leaning Bristol compared to B&NES and South Gloucestershire (where the Tories came 1st last time) this could eat into the Conservative’s 3.2% majority over Labour. The result being an even closer election than in May 2017.

But the challenge for Labour in Bristol is to generate the conditions for a high turnout of supporters akin to 2016. With no George Ferguson-type figure to target, how does Mr Rees generate the interest and voter support to drive Labour’s turnout to 2016 levels?

There is also a question mark over turnout levels for two key groups in Labour’s voter base. A recent poll by Hope Not Hate, a political action campaign group, and the National Education Union, revealed that a quarter of people are less likely to attend a polling station due to Covid-19, with the rate of hesitancy almost doubling among Black, Asian and Minority Ethnic Groups, and younger people.

Will the city’s usual student population of c.20,000 be around to vote? Covid-19 means that university teaching methods are remote in many cases.

Votes going begging – but to who?

Both BCC and WECA elections saw significant votes for Independent candidates – George Ferguson in Bristol and John Savage for WECA. Neither are standing in 2021. For BCC, Mr. Ferguson amassed 32,375 votes in 2016. Could these ‘new votes in play’ impact on the Bristol Mayoral result on 6 May?

Even if we hypothetically add all those votes to the votes cast for the 3rd place challenger in 2016, Conservative Charles Lucas, there is still not enough to overtake the 1st round tally accumulated by Mr. Rees – if a 45% turnout is maintained.

However, Mr. Ferguson secured a similar number of votes on a much lower turnout of 28% at his election in 2012. Perhaps these votes may scatter rather than moving en masse to a single candidate. The uphill battle for the Tories, Lib-Dems and Greens to defeat Labour continues.

But the situation for WECA could be crucial. John Savage, a former Labour political candidate, secured 15% of 1st round votes in 2017. In a race where the gap between Conservative and Labour was just 5.1%, the destination of these now lost votes may shape the result.

Labour swept most of what was in front of them in the 2016 BCC elections. Those councillors from other party groups who were re-elected mainly had strong incumbency through local popularity and name recognition.

In 2021, the number of councillor retirements is extremely high. Some, like former councillors Paul Smith and Harriet Bradley, have already left the scene. In total, some 19 councillors are standing down from representing Labour – about half the 2016 intake.

In some wards, the loss of this ‘incumbency advantage’ opens a path for other parties to win. Even if Labour win the Mayoralty, they may not enjoy a majority of councillors in the council chamber. This has ramifications. In particular on new homes and other developments where a Labour Mayor has control over policy, but another party holds a majority on the planning committees.

As the election progresses, we will be exploring other critical aspects of this once in a lifetime ‘super’ set of elections with so much at stake for all the political parties on a single ‘Super’ Thursday. 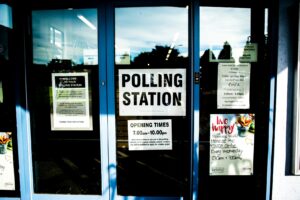 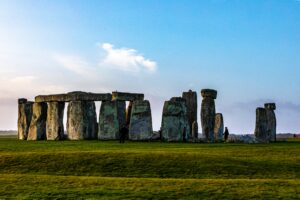 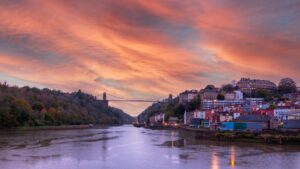 Read More »
May 10, 2021 No Comments
PrevPreviousTensions in Northern Ireland and over the vaccine, tributes paid to Dame Cheryl Gillan
NextNational polling and local results: an in-depth comparison for ‘Super Thursday’ 2021Next