Simon was born in Norwich and educated at Norwich School and the University of Sussex. After a brief spell working in business, he trained as an actor at Bristol Old Vic Theatre School and spent twenty years working in theatre, film and television. He has been a member of the Royal Shakespeare Company, Bristol Old Vic and appeared in many television dramas.

In 1999, he was elected to Bristol City Council and served as Lord Mayor of Bristol, Deputy Leader, Leader of the Council in 2012 and subsequently Assistant Mayor to the first Elected Mayor. He also served on the Regional Council of Arts Council England. He stood down from the Council in 2016 and was awarded an MBE for services to culture.

He is married with two children. 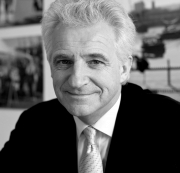